Like all major cities in the world, Zagreb has an airport nearby. Just 17 km from the centre, 20-25 minutes by car, the modern Pleso Airport will offer you all the necessary facilities and services, whether you’re a local or a tourist, so your journey through our city can start and end pleasantly.  Located in the vicinity of Velika Gorica, Pleso Airport is a centre for every renowned airline, numerous rent-a-car offices, and restaurants. It has a large and secure parking lot, which adds to your comfort and makes your stay in our city carefree.

Zagreb has excellent connection with all major cities in Europe by air. For example, low cost company Germanwings fly to Zagreb from all countries in Europe. Also goes for Norwegian Airlines, AirBaltic and Brusselairlines. 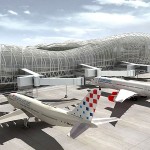 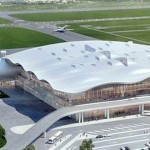 Back in 1890, when construction started on Zagreb’s Main Railway Station, it wasn’t just an ordinary construction, but the realization of an architectural vision from which arose a 200-meter-long neoclassicist building, full of sculptures and decorations, and which is now a protected cultural heritage of Croatia and a symbol of Zagreb’s architectural legacy.

The bus terminal is on Marin Držić Avenue, and it’s only a few minutes away from Ban Josip Jelačić Square by tram (line 6).